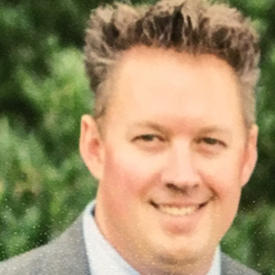 Superior Paving Corp. is pleased to announce the promotion of Scott Shorb to Lead Marketing Representative. Scott will work closely with all members of the Marketing Department to ensure Superior continues to provide excellence to our customers. This is a new position within Superior Paving and a testament to the changing complexity of our project workload as well as Scott’s range of contribution.

Scott brought his extensive background in the construction industry to Superior Paving in 2011. He quickly integrated with our organization by building positive relationships throughout. Scott has independently and collaboratively developed several improvements to our organization helping us to accomplish our mission: To be the leading Asphalt Pavement Producer/Contractor in the market known for service, dedication to excellence, integrity and commitment to employees. Congratulations Scott!

Superior Paving Corp. recently promoted Director of Marketing Michael Talomie to the Vice President of Marketing. Talomie, Superior Paving employee since 2009, credits the recognition to the company’s growth and success due to its high performing executive team and the integrity of the work conducted in the field.

“I would say my promotion is more a reflection of the growth and development of the team as a whole,” said Talomie. “I’m fortunate because Superior Paving is extremely well thought of in our industry. Our marketing team has had the privilege of working alongside the people who do outstanding work in the field. Those guys are the reason we’ve been winning awards ever since we started doing business 40 years ago.” 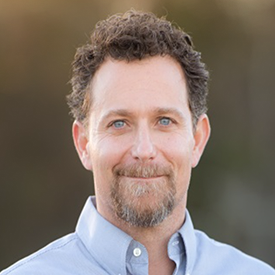 Founded in 1976, family-owned Superior Paving Corp. has helped create the area’s infrastructure, including I-66 and I-95. The company has been consistently recognized for the quality of its work, leadership strength, and innovation in new technologies. Each year, for example, the Virginia Asphalt Association (VAA) presents awards for Commercial Paving, Maintenance Projects and Construction Projects. In 2010, Superior Paving won all three awards.

“Since the first day, Michael has fit in with the values and work ethic that Superior Paving is known for,” said David Helmick, Superior Paving’s Executive VP and Talomie’s direct report. “He brings a new perspective and is a great addition to our executive team.”

Superior Paving President Jim Mitchell, whose father Bart Mitchell was one of the three original partners who launched the company, acted as VP of marketing before he took his role as president.

“Michael is a highly motivated member of our team,” said Mitchell. “He has taken on more responsibility each year since he joined our team, and has been aligned with the values of this company even before he joined Superior. We appreciate his focus on our customers and ensuring that they are satisfied with their choice to use Superior for their asphalt needs. I would like to congratulate him on a well-deserved promotion.”

“Because everybody works so hard to make everyone else look good, the marketing team has been able to continue to improve and function at a higher level,” Talomie said. “I think that’s a testament not just to those individuals but to the organization helping them.”

February 2013
Superior Teams Up With ICE

On Wednesday, February 20, 2013, Superior Paving Corp. and Superior Trucking Corp. participated in a signing ceremony at the ICE Homeland Security Investigations (HSI) office in Washington, D.C., in which James A. Mitchell, president of both companies, and HSI Special Agent In Charge for Washington, D.C., John P. Torres signed the IMAGE, or “ICE Mutual Agreement between Government and Employers,” agreement.

On Wednesday, February 13, 2013, Superior Paving Corp received a national award for Quality in Construction for the I-66 Rehabilitation Project.

VDOT districts submitted two construction projects for evaluation by the four judge panel. In the construction category: Staunton District submitted the Happy Creek Project outside of Front Royal; Culpeper District submitted the rehabilitation of Interstate 66 westbound just east of Marshall. From the data submitted by each district and site reviews by panel members, I-66 paved by Superior Paving Corp was awarded the 2011 Statewide Construction Award. This project entailed the deep milling and replacement of the asphalt in the outside lane with milling and overlay for the inside lane. The final surface was SMA 9.5 with 76-22 binder. The ride quality was excellent with an overall average of 49 inches per mile. Congratulations to our Operations Manager Todd Atkins, our Foreman Bobby Walton and his crew, along with the asphalt plant & lab crews who made this construction project a success worthy of state recognition.